Following her big break into film-industry with the feature film “Die Vermessung der Welt” (directed by Detlev Buck), Anastasiia moved to Berlin to work as an international manager and project evaluator at the Delphie Filverleich Company. She had the chance to work with the distribution of the oscar-winning film “The Artist” and oscar-winning actor Jean Dujardin. After participating in an acting program in Los Angeles and taking a few classes at the Stella Adler’s academy of acting, Anastasiia moved to Los Angeles and within one year made it to Miami. Here in the Magic City, Ana did a pilot tv-series with Burt Reynolds filmed at the Burt Reynolds Institute for Film and Theatre in Jupiter, Florida, as well as participated in multiple commercial projects both as an actress and model. After working for Bang Energy and VPX Pharmaceuticals as a social media influencer, Ana found her passion for healthy lifestyle and workout. This inspired her to create a 30 Day Shuffle dance Workout series on her youtube channel. Now Anastasia is focusing more on promoting “healthy spirit in a healthy body” attitude. 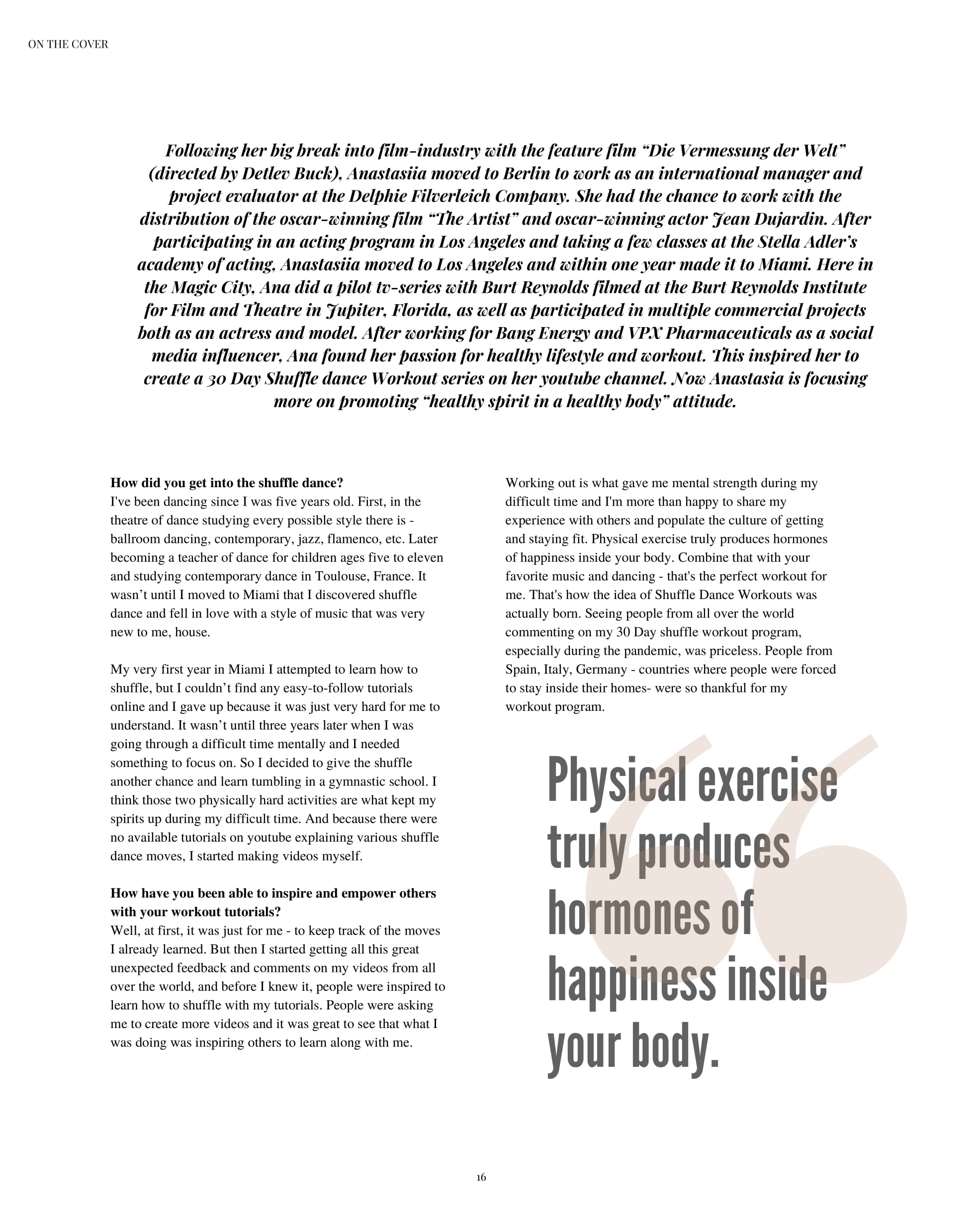 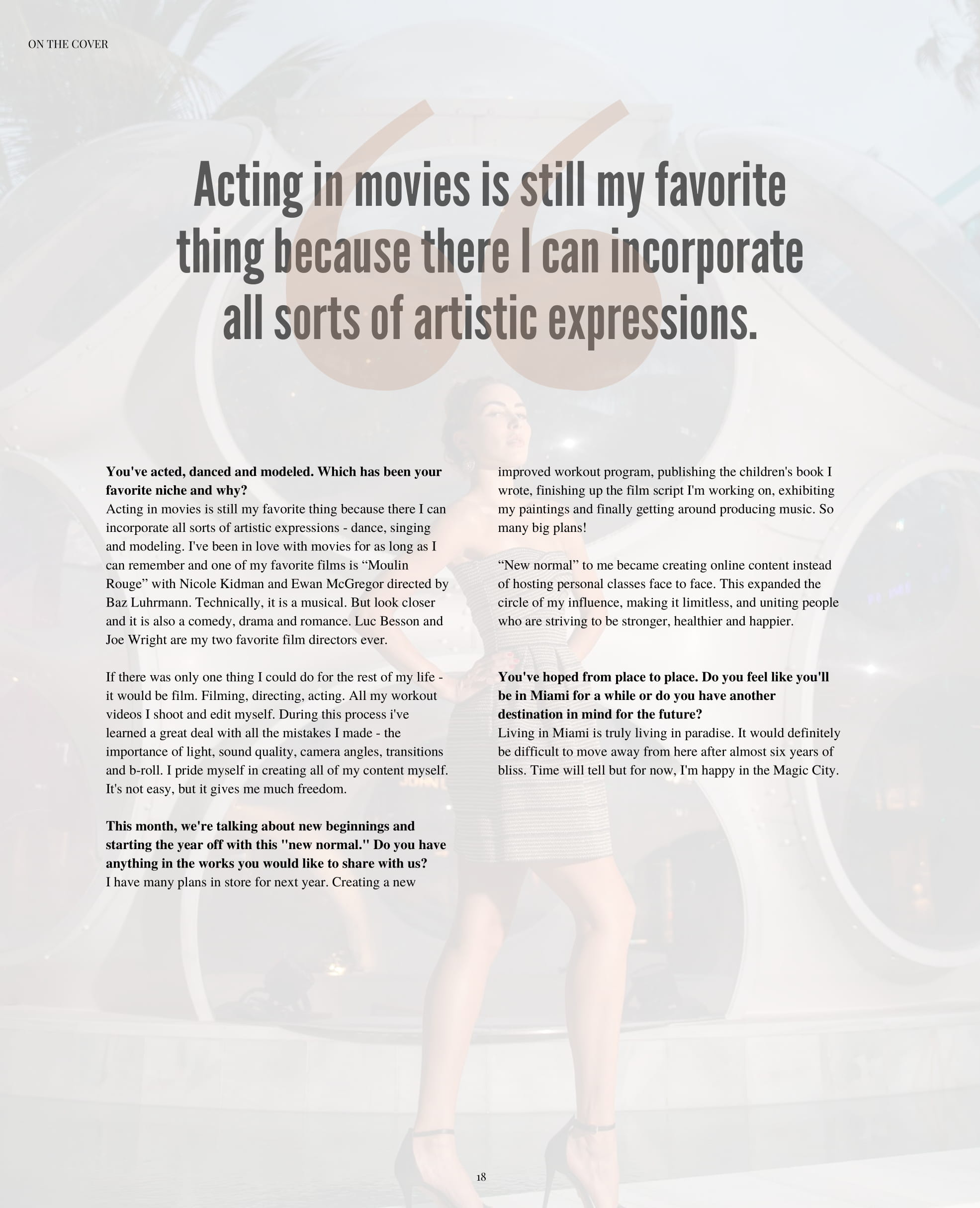 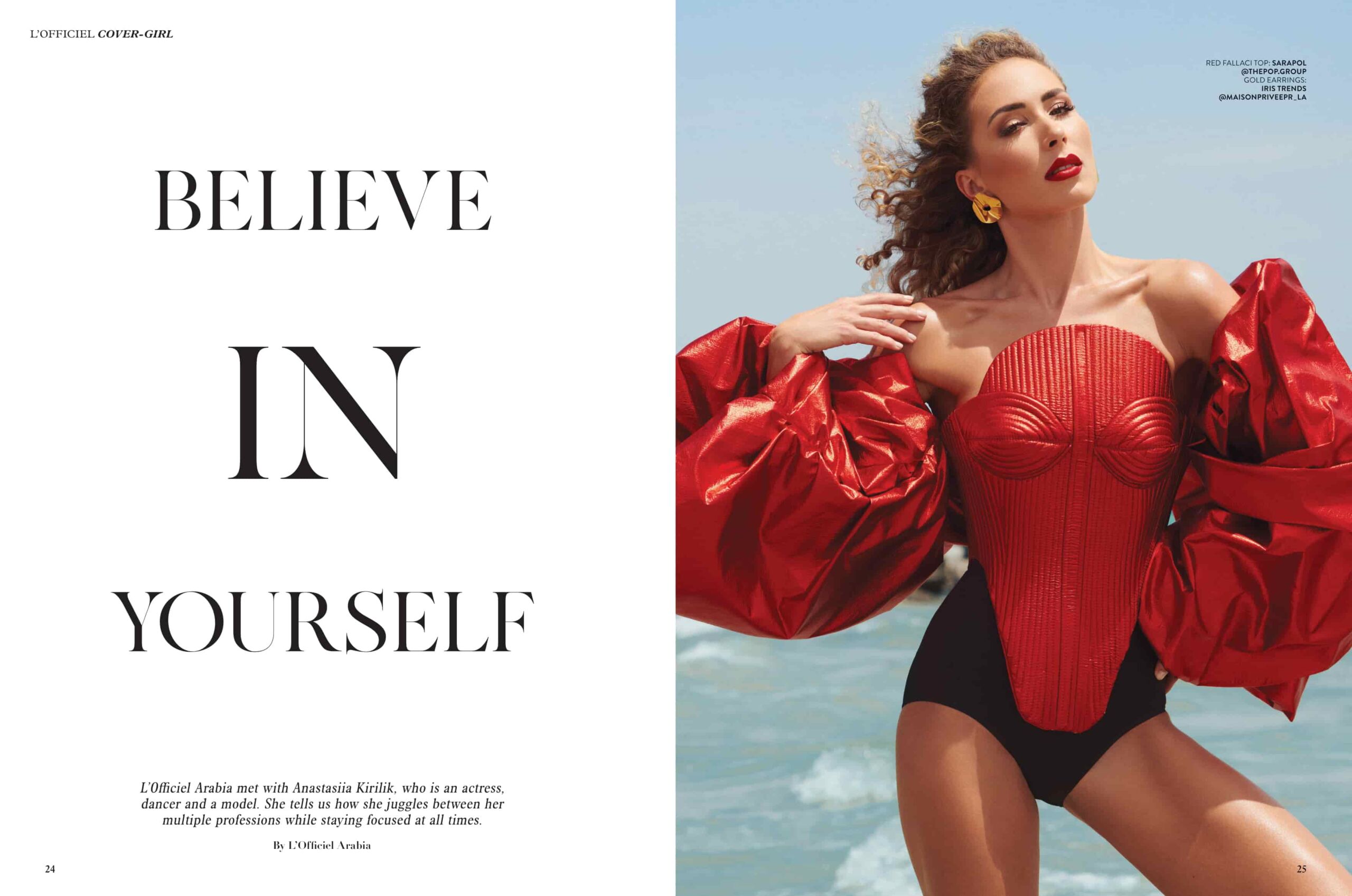 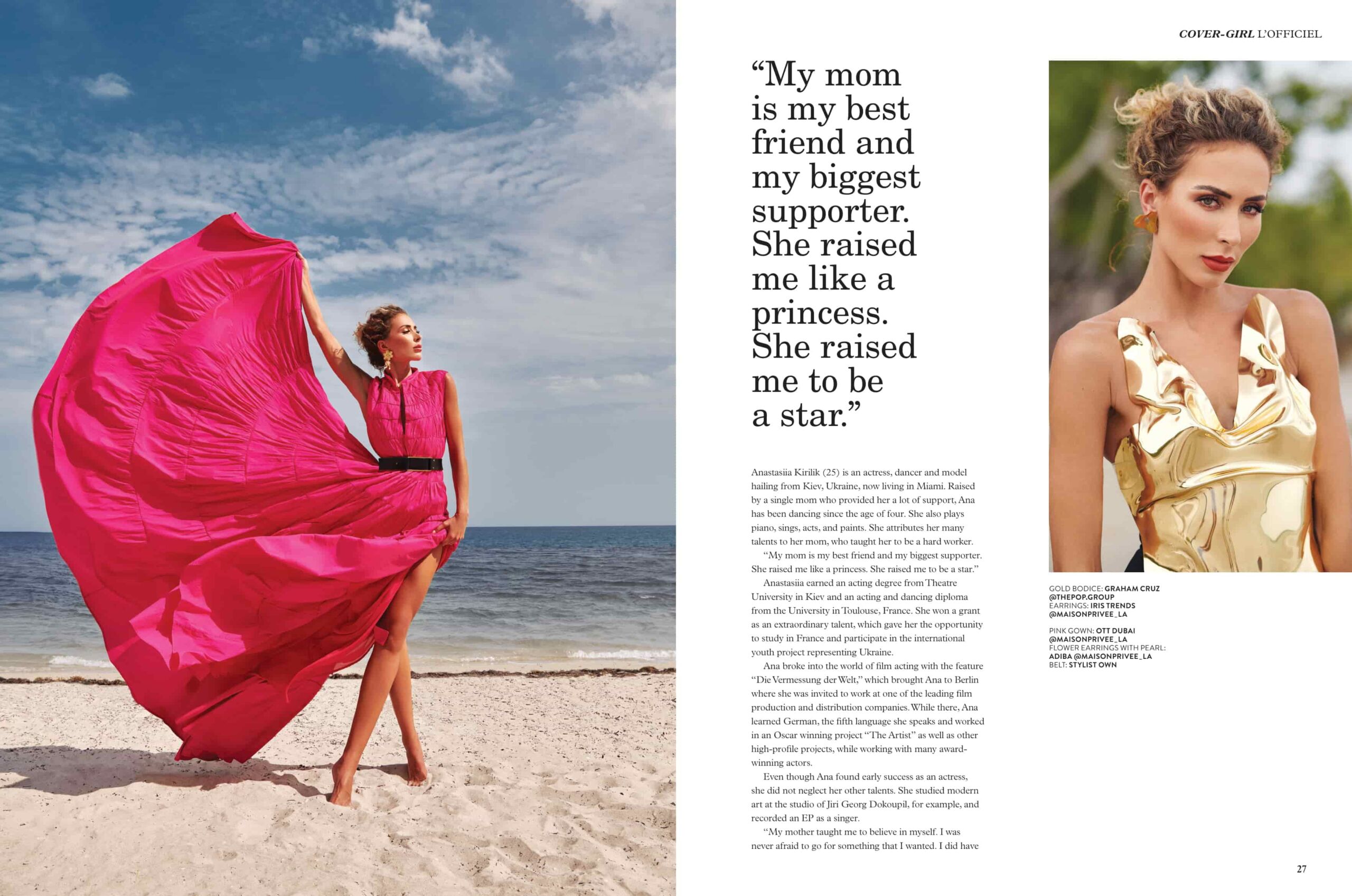 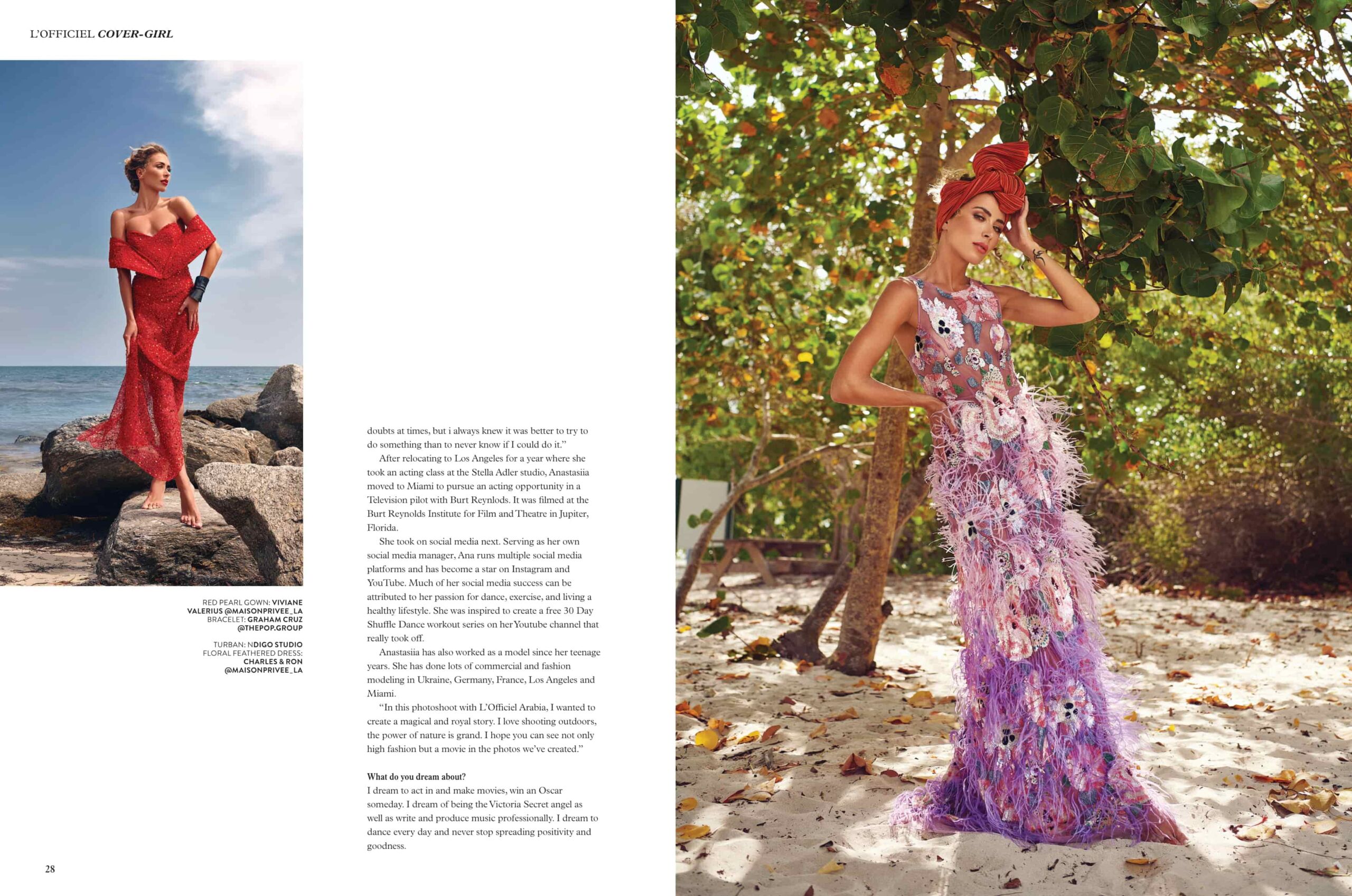 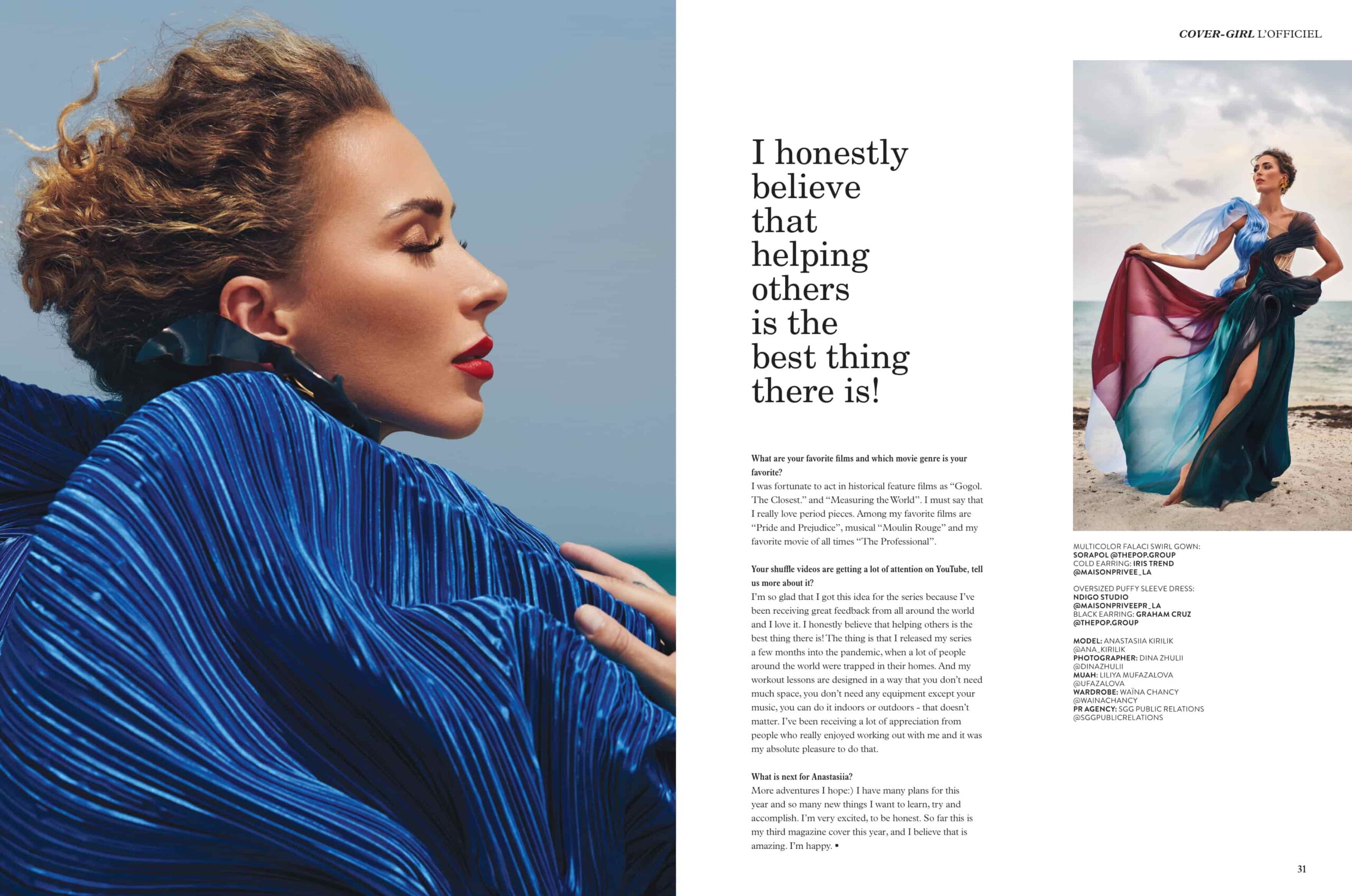